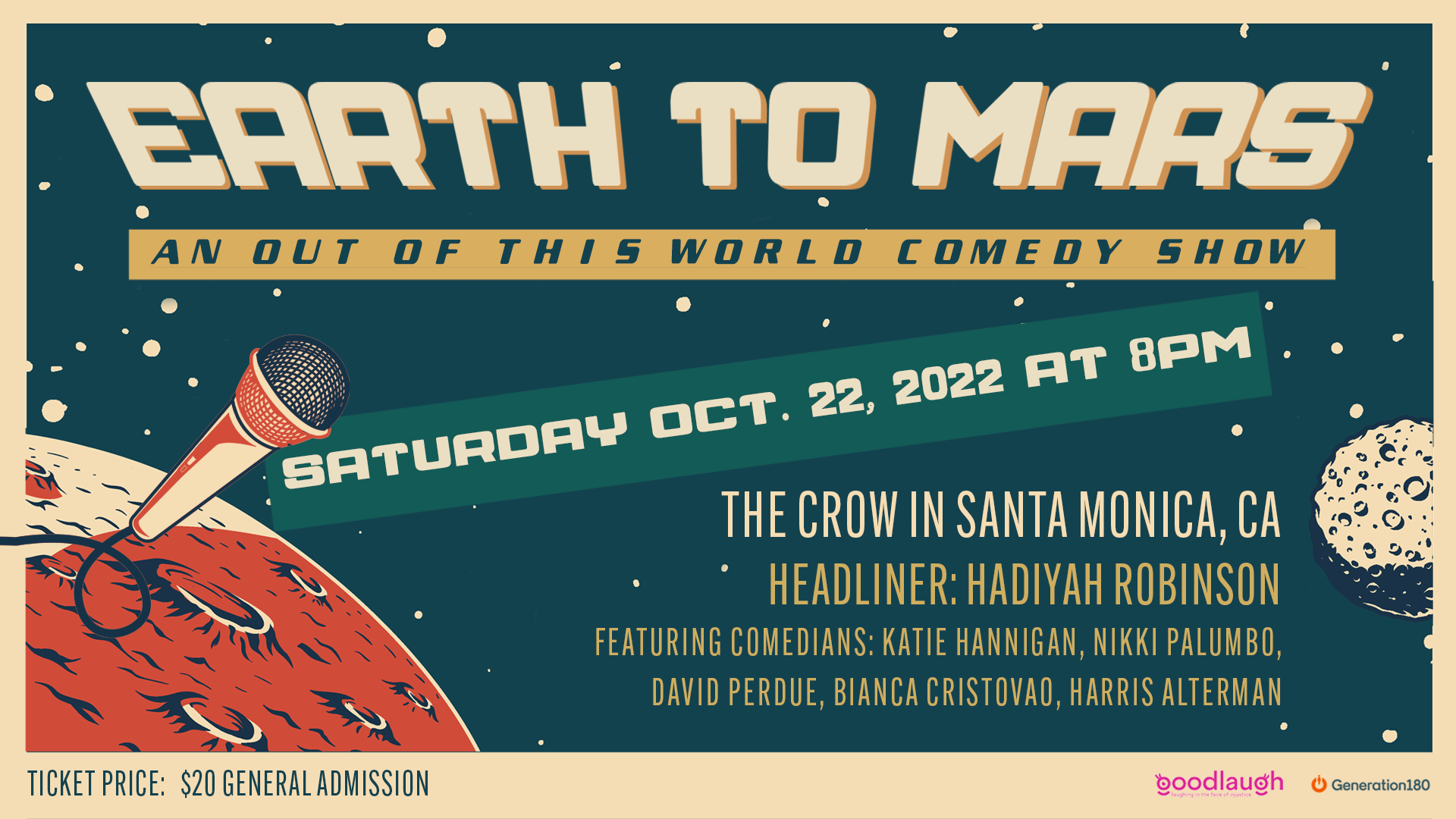 The Earth to Mars Comedy Tour visits The Crow for the first time Saturday, October 22nd and features both old and new faces to The Crow stage from the Climate Comedy Cohort, a partnership between Generation180 and CMSI’s GoodLaugh.

Hadiyah Robinson, closing the show, has been a writer on NBC’s AP BIO and has appeared on both BET and Comedy Central.

Head here for more information and to purchase tickets.