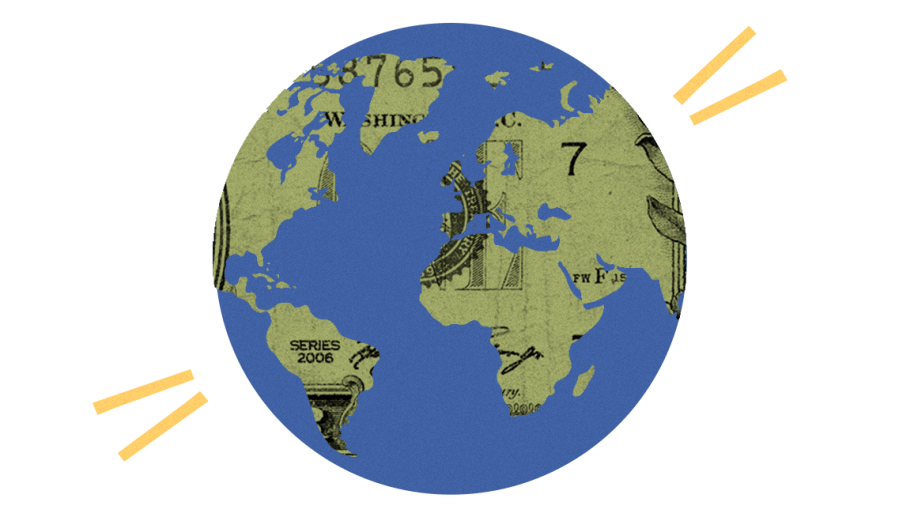 Shortly after I was born, my parents and grandmother started investing money that would be passed on to me as an adult. I didn’t think much about it until my early 20s, when I asked my father if he had any idea what kinds of stocks they had purchased. He said something like, “I believe I told the bank guy, ‘No guns, no tobacco, no oil.’” I hoped he was right, but I didn’t look into it for another decade. When I finally did, I realized he was wrong.

On this Earth Day eve, I’ve been thinking about what we do with our dollars — not by donating, which is also important, but by asking the question: “Where does my money sleep at night?” This concept was shared with me by Robert Mante, director of consumer investments at Amalgamated Bank. It essentially means that money doesn’t just sit around like treasure in a vault. Banks (or you) use it to finance something concrete in the world. The question is, what?

If you don’t know the answer, it likely includes something you wouldn’t be happy to support. The world’s 60 largest banks directed $4.6 trillion in lending and underwriting to the fossil fuel industry between 2016 and 2021. In addition to personal investments managed by these banks, everyday customer checking and savings accounts also contribute to a bank’s income stream, enabling the financing of things like fracked gas pipelines, Arctic drilling, and mountaintop removal.

But consumers are taking notice and demanding alternatives, calling on big banks, university endowments, and other institutions to divest from fossil fuels. And in parallel, new, greener banking services and investment options have emerged. In honor of Earth Day, I thought I’d share some of the choices I’ve made about where my money sleeps, and how I’ve moved it to help support the kinds of projects I value.

If you have any amount of money in a bank 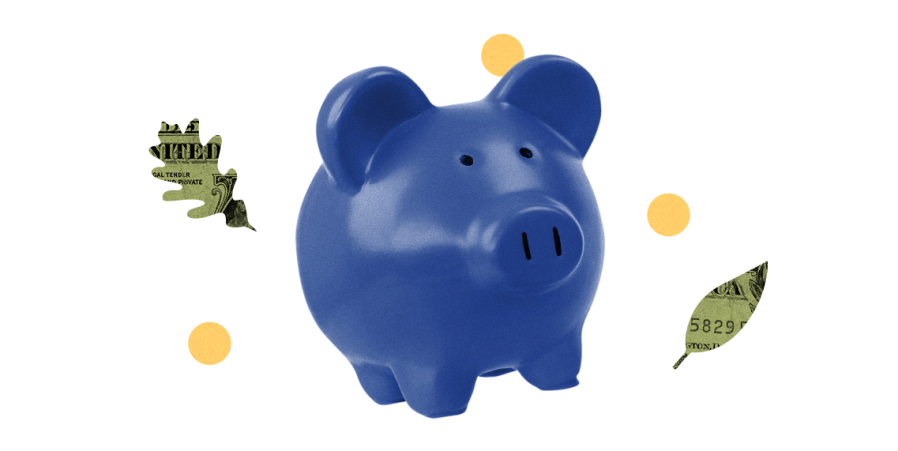 Just like you consider environmental impacts when weighing options at the grocery store, you can do the same when choosing a bank. After years of feeling intimidated by the myriad choices out there and the potential for “greenwashing,” I finally opened up a checking account at a green bank. I chose Ando and researched it enough to discern what buzzwords like “sustainable” and “green” actually meant to the company — no lending to fossil fuels, as certified by the third-party organization Bank.Green. Ando also gave me the option of naming my priorities, such as clean energy, sustainable transportation, and green buildings.

If you’ve been pondering a switch, you can check out other Bank.Green fossil-free certified banks here, or use the platform Mighty to customize a search for banks that reflect a range of values that are important to you. From my experience, it takes less time to switch than you think. A lot of these services do the heavy lifting for you, including quick account setups online and automatic transfer of your money from your existing bank.

If you want to try investing for the climate, with as little as $100 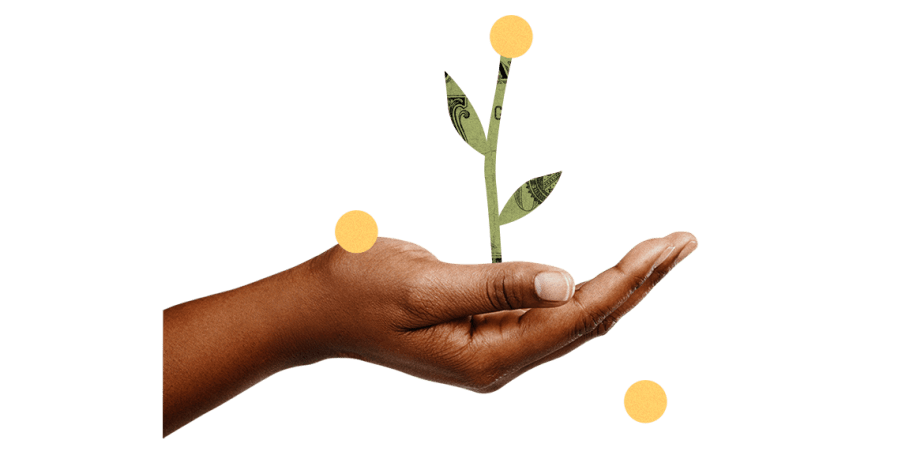 In addition to divesting my personal accounts from fossil fuel lenders, I’ve been pondering the question, “What is the alternative I want to invest in?” I learned about an approach often referred to as community investment. Unlike purchasing publicly traded shares in for-profit companies, the idea is to put your money directly into mission-driven projects that often have community involvement, or mission-driven funds that finance those projects.

Energea and Sunwealth are both solar developers that let individuals invest in community solar projects. For me, helping to make a specific solar project possible felt like a really tangible way to start. With Energea, you can invest as little as $100 and receive monthly cash dividends immediately. If you’re new to this kind of investment, like I was when I put in my first $500, the Energea returns calculator is a helpful tool for visualizing projected outcomes and experimenting with different cash inputs.

Another example is Kachuwa Impact Fund, which provides financing for multiple mission-oriented companies, such as solar cooperative Namaste Solar and woman- and POC-owned energy-efficiency company ​​COI Energy Services. The fund is open to everyday investors at a minimum of $5,000.

You can also go the route of investing directly in your own community, if you know of projects you care about that are looking for backers.

If you want to explore the stock market, and do it as green as possible 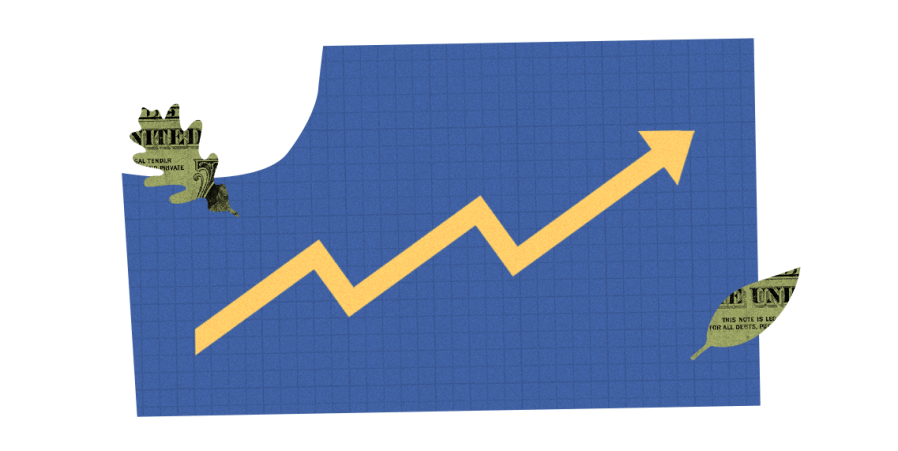 Last year, in my efforts to divest from fossil fuels, I sold all of my personal investments and put them into renewable energy portfolios like iShares Global Clean Energy ETF and portfolios screened as “socially responsible” or meeting Environmental, Social, and Governance (ESG) criteria. It felt like a good step, but since then, I have learned that some ESG portfolios can include fossil fuel companies. The good news is, there are investment services that can provide you with transparent, curated investment portfolios screened for fossil fuels — one example is Amalgamated Bank’s Fossil Fuel Free portfolio, which consists of a “sustainability” component as well as a strictly screened ESG component. (It does have a $15,000 minimum, but there’s no stated minimum for starting your own portfolio at Amalgamated, which you can customize with the help of an adviser.)

There are also plenty of investment management services, such as Natural Investments and Revalue, that specialize in environmentally and socially responsible publicly traded stock options as well as direct and community investing. And it’s worth noting that renewable power investments have been outperforming fossil fuels for years — a trend that’s likely to continue, according to Forbes.

The 2022 Banking on Climate Chaos report, compiled by Rainforest Action Network and other environmental orgs, states that in order to move toward a world that limits global warming to 1.5 degrees Celsius and “fully respects human rights,” banks must prohibit financing for all fossil fuel expansion projects and phase out financing for existing fossil fuel infrastructure. I believe that is a call to action — and one that we can all be part of answering. I didn’t dramatically change my lifestyle in order to take steps toward aligning my money with my values. Mostly, it was a few conversations and clicks of a mouse. By doing that little bit of extra work, we can be levers in the shift to a greener, more compassionate economy.