Well, it’s done. You’ve set up the dorm room, reviewed the class schedule, checked out the dining hall, and bid familial farewells until winter break. Whether you’re a departing student or the teary parent at drop-off, a lot of scrutiny—and not a little cash—has gone into the journey toward a college degree.

But there may be one thing you haven’t looked at yet: Is your university supporting Big Oil?

Chances are, the answer is yes, and your school’s endowment has not divested from fossil fuels. Worldwide, only 240 higher learning institutions have fully or partially divested from fossil fuels, according to the Global Fossil Fuel Divestment Commitments Database. In the U.S. alone, some 2,000 private and public four-year schools reported endowments, says the American Council on Education, and more than 800 of them were worth more than $50 million. Endowments are funds invested into nonprofits, like universities, which support their work.

Given the climate crisis, the divestment movement argues, not a cent of that money should go into the coffers of fossil fuel companies. And after years of pressure from students and faculty, the tide is starting to turn. Last fall, Harvard University announced it “has no direct investments in companies that explore for or develop further reserves of fossil fuels [and] does not intend to make such investments in the future.” 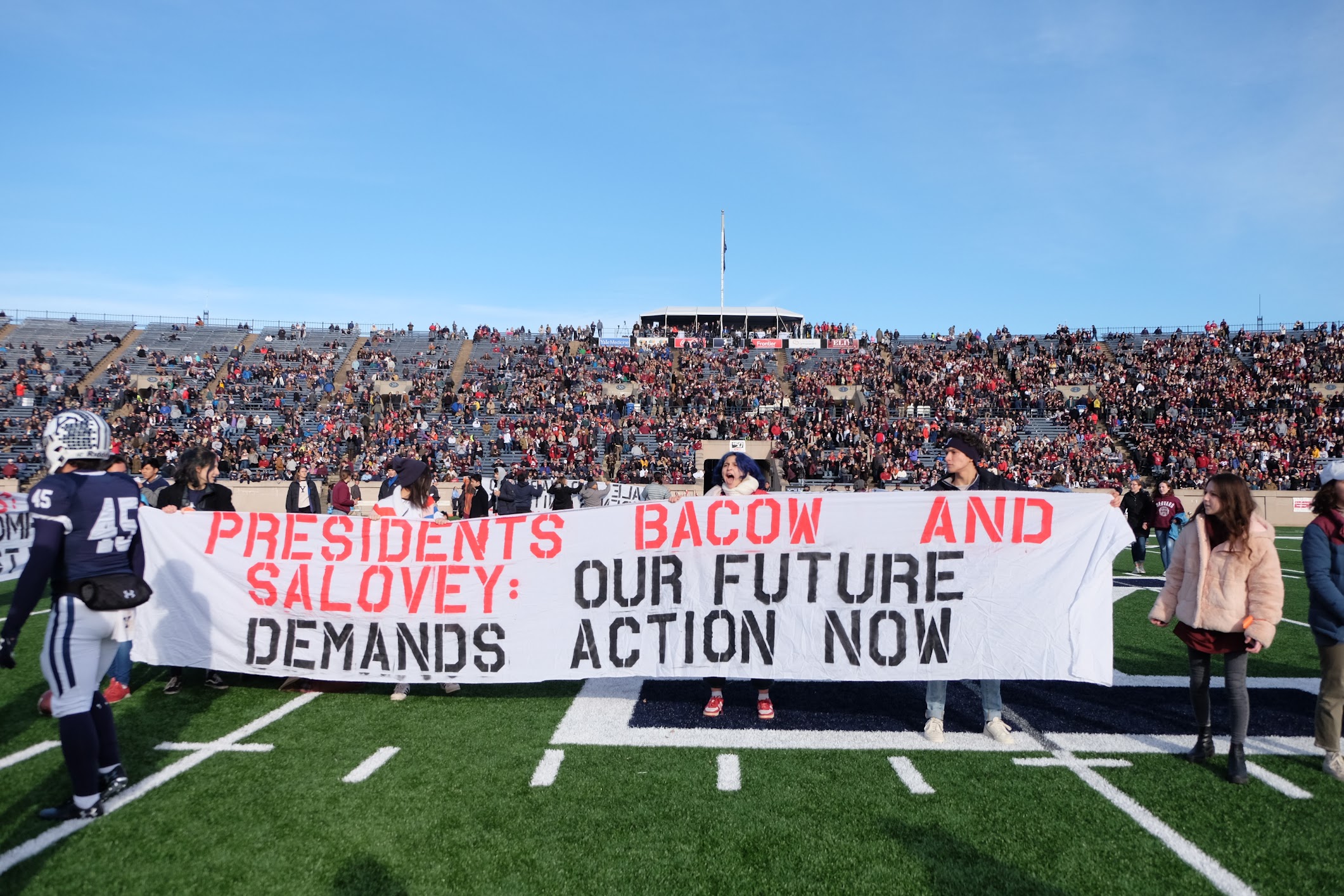 Harvard was not the first to make such a commitment—other schools, such as the University of Massachusetts already had made similar announcements. But Harvard’s shift was a big deal for two reasons. At nearly $42 billion, the prestigious Ivy League school has the largest endowment in the nation. And it was a high-profile reversal after years of resisting calls to divest—as one headline put it, “Harvard cracks on fossil fuels and a dam breaks.”

As the perilous effects of climate change get harder to ignore, so has the role of institutions that have been pocketing returns generated by the extraction and burning of oil, gas, and coal. From churches to municipal governments to foundations, a growing number of those investors are acknowledging their responsibility to pull the plug. The Presbyterian Church (USA), which divested from five major fossil fuel companies in July, said it had tried to encourage improvements to those companies’ strategies and policies regarding climate change, but that “this process of engagement did not produce enough substantial change.”

Public pressure is a key factor in many such decisions, and schools are no different. Whether they get acknowledged or not, students have been driving change. “Students do research, advocate, and really are partners. We cannot always do things exactly the way they would like, but their voices have influenced our decisions,” Elizabeth Bradley, the president of Vassar, said last year after the college announced climate-focused changes to its investment policy.

But divestment is not solely a matter of responding to activism—it’s increasingly a legal and financial consideration. Schools that continue to invest endowment money in companies that are clearly contributing to climate change are conflicting with their own “charitable purposes” under the Uniform Prudent Management of Institutional Funds Act, a law in effect in every state except Pennsylvania. Earlier this year, students from five schools filed legal complaints arguing that their schools are violating this law, a legal strategy students at other schools have employed as well.

So what can you do?

First, look into whether there are any existing divestment campaigns at your school or in your town—in addition to your school’s own networks. The group Fossil Free has a searchable site on the topic. This post also offers useful advice for researching your school’s investment holdings, such as looking up legally required disclosures with the Securities and Exchange Commission and the Internal Revenue Service.

Once you’ve done your research, help organize ways to advocate for stronger divestment policies at your school. Aside from filing legal complaints, student groups across the country and beyond are recruiting support, holding protests, painting murals, and more. And connect to other groups doing the same work—Divest Harvard is a good example of showing how it’s done.

Of course, students aren’t the only ones whose opinions matter to schools. Parents, donors, faculty, and staff can all support change. In the process, whether it’s understanding how endowments work or engaging with school officials, you’re bound to learn something that won’t be on any syllabus. And you’ll be ensuring a long, healthy future for your alma mater and many students to come.